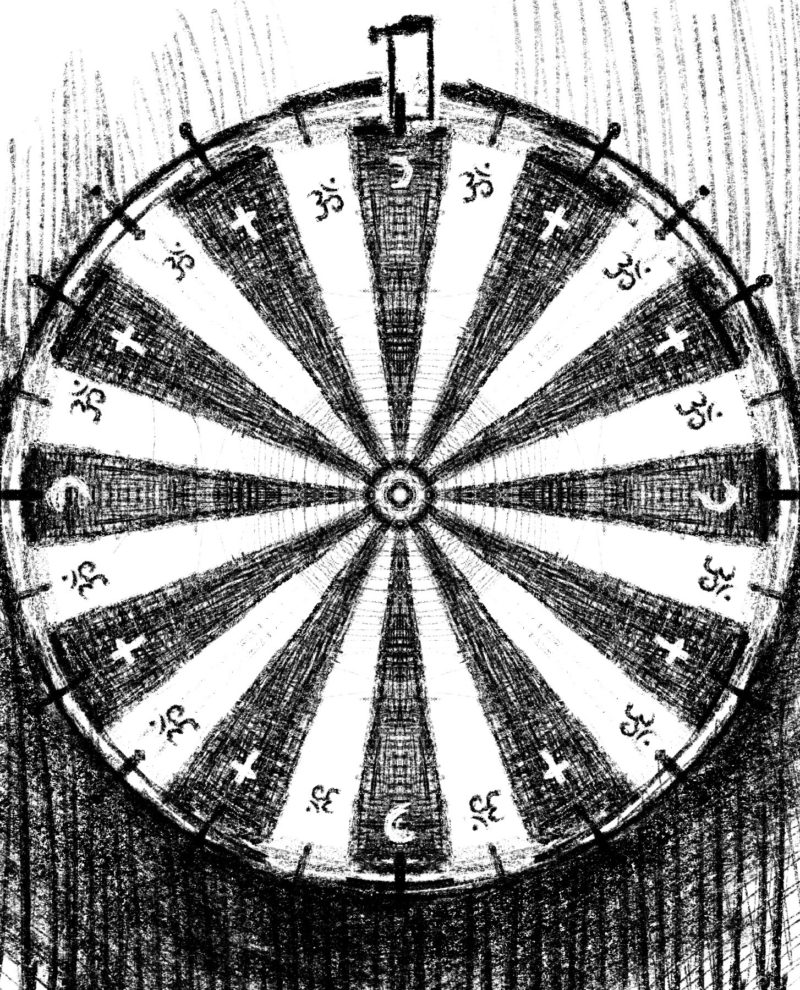 Despite a three-decade long ethnic conflict, Sri Lanka is a multicultural country characterised by the peaceful coexistence of different religious worships. Although «the social landscape of the country tends to show an association between ethnicity and religion», as Sinhalese people mainly practice Buddhism (70,2%) and Tamils primarily follow Hinduism (12,6%), syncretic practices are widespread and in some cases both ethnicities are Catholic believers (Scroope 2016). Since worship practices in the homeland as well as in diaspora settings display fluid interactions, the possibility of investigating whether religious syncretism and intersectionality have the potential to overcome ethnic cleavages in the hostland is of great interest.

For Sri Lankan communities living in Italy “religious syncretism” and “spiritual cosmopolitanism” are important elements of identity building and communal cohesion, as they allow migrants to reproduce in the hostland the religious practices and relations with the sacred that characterise the homeland, while appropriating new social spaces and resisting cultural assimilation (Benadusi 2015; Burgio 2003, 2016; Goreau-Ponceaud 2018). Although religiosity is an essential element of identification processes, it does not have the effect of dividing communities, instead it contributes to create bonding relationships and shared practices of worshipping. In this sense, an interesting case is represented by Hindu Tamils living in Palermo -a town in southern Italy- who do not have a specific place where they can celebrate their religious rituals. Hence, they have to share their place of worship with other Hindu believers belonging to different ethnicities and, in addition, they usually participate in Catholic rituals (Altavilla, Mazza, Mercatanti 2012; Brunetto 2005; Burgio 2003). For instance, on Sundays some Hindu Tamils wake up early to join the procession toward the Pilgrim Mount, which is held in worship of Saint Rosalia according to the Catholic ritual (Burgio 2003; Colosi 2000; Interview A). In a festive and spiritual atmosphere, Tamil families meet at the slopes of the mount and begin the ascent together: when they arrive in proximity of the sanctuary, they kneel to complete the path toward the cavern of the Saint and the altar where they light a candle (Brunetto 2005). The sanctuary carved in the rock reminds Hindu Tamils of their homeland temples and it has a deep symbolic value for them, as it represents an emotional threshold to Sri Lanka: on the Pilgrim Mount Tamils could formerly hope for the end of the war and the advent of peace, and nowadays they can pray for their beloved people far away, and they can offer to the Saint their most intimate feelings (Brunetto 2005).

The syncretism emerging from this description can be explained by the nature of Hinduism whose theology is open to dialogue with other faiths. Although for Tamil believers there is a difference between being Catholic or Hindu, it is not irreconcilable: this is because Deity is unique but has many expressions and Tamils respect any of them, included Saint Rosalia (Burgio 2003; Interviews A and B). This attitude is reciprocated by Catholic Tamils who participate in Hindu rituals, as they believe that faith is a universal force encompassing different worships (Burgio 2003): this conception is further reinforced by the educational patterns experienced in Sri Lanka, as in homeland schools Tamil students are taught both Hinduism and Catholicism in order to have a comprehensive knowledge of the two religions (Burgio 2003; Interviews A and B). This is what happened to two Tamil sisters, who have grown up with the idea that «there is no difference between religions» and that «although any worship has its name and its God, faith is unique and universal». For this reason, they were encouraged to attend classes of Catholic religion at Italian schools and syncretism became part of their daily rituals in many forms: in their prayer rooms Hindu Deities lay side by side with the Crucifix and both women usually go both to Hindu temples and Catholic churches, as the form of religiosity is not important, but rather «with what heart, with what purity you pray» (Interviews A and B). This configuration is common within Sinhalese communities as well: a Catholic interviewee who married a Buddhist woman told me that Sinhalese people share many social spaces and organise activities together despite their different worships (Interview C).

When investigating whether shared practices of worship have the potential to overcome ethnic and identity tensions in order to achieve an encompassing integration in the hostland, based on mutual respect for differences, it is important to consider the influence of the hostland context. In Italy indeed, where homeland sacrality and rituals of daily religiosity are missing, it may be more difficult for Sri Lankans to practice their native worships and the need for spirituality might find new forms of expression, especially since the presence of Buddhist and Hindu temples is limited (Interviews D, C and A). Although in rare and contingent occasions religious syncretism and intersectionality prevails over ethnicity, for instance during special Catholic pilgrimages in Sri Lanka (Interview E) or with mixed diasporic communities in Northern Italy, the healing potential of shared religiosity is limited. Empirical evidence show that different worships coexist and merge only within the same ethnic group, while Sinhalese and Tamil believers tend to remain separate even if they belong to the same faith. This is mainly due to the fact that the two ethnic communities often live in separate neighbourhoods and they celebrate the same rituals in different languages (Interview F): these obstacles significantly reduce opportunities to meet and interact, and therefore to build bridging relationships with both the other ethnicity and the local society. In conclusion, in Italy religion does not succeed in creating new spaces for mutual recognition and dialogue conducive to more peaceful relations between Sinhalese and Tamil diasporas; on the contrary, it may involuntarily end in perpetuating patterns of ethnic segregation.

Goreau-Ponceaud, Anthony. 2018. “Religious dynamics of Sri Lankan Hindu Tamils in Paris: constructions of the self and the Other”. The South Asianist Journal, University of Edinburgh, 6: 120-149.